We recently completed the first 50 days of the Trump administration and one thing is already clear. While chaos has been the operative word as the Trump era begins, underlying the disarray a deliberate attack on rivers, clean water, and the environment is well underway.

In one of its first actions, the new Congress passed a bill using the, until now, rarely invoked Congressional Review Act to overturn the Interior Department’s Stream Protection Rule.

The Stream Protection Rule, eight years in the making, required coal companies engaged in underground or surface mining, including environmentally destructive mountaintop removal mining, to avoid damaging streams, monitor the impacts of their mining activities on streams, and restore streams that are damaged. At the behest of the coal industry, Congress overturned the rule and President Trump signed the bill into law, falsely claiming it would save thousands of jobs in the coal industry. The Interior Department originally estimated that the rule would have resulted in the loss of 260 jobs, but also estimated that 250 jobs in reclamation would have been created, resulting in a net loss of 10 jobs.

American Rivers strongly supported the adoption of the Stream Protection Rule. Moreover, as one who has seen firsthand the devastation of the mountains, streams, and forests wrought by the coal industry in my native eastern Kentucky, I am appalled, though not surprised, by this reversal.

Unfortunately, once a rule is reversed under the Congressional Review Act, it cannot be revived, leaving the rivers of Appalachia, and the communities they support, vulnerable to continued damage.

The week after killing the Stream Protection Rule, President Trump signed an Executive Order directing the Environmental Protection Agency and the U.S. Army Corps of Engineers to rescind the Clean Water Rule.

The Clean Water Rule clarified that headwater streams and wetlands are “waters of the U.S.” entitled to federal protection under the Clean Water Act. One in three Americans, 117 million people, get their drinking water from small streams protected by the rule. For those of us who love to fish, paddle, and enjoy wildlife, we know the value of small streams and wetlands to the health of rivers. That is why American Rivers fought hard for six years to convince the Obama administration to adopt the Clean Water Rule, and we fought just as hard, and successfully, against attempts in Congress to overturn it.

Now, as the Trump administration and Congress try to undo the Clean Water Rule, American Rivers must fight even harder to preserve it. Undoing a regulation is just as complicated as adopting one. Public notice and comment on any proposed replacement regulation is required, just as there were numerous public hearings and millions of comments received on the original rule. American Rivers will be commenting on the changes proposed and will engage you, our members and activists, to let EPA and the Corps know we want our rivers and clean water protected.

The EPA and the Corps will have to demonstrate, despite the extensive peer-reviewed science supporting the Clean Water Rule, that there is a reasonable basis for rescinding the rule and for any proposed replacement. American Rivers will engage members of the scientific community to help us review and comment on the science, or lack thereof, underlying proposed changes. Ultimately, we may have to go to court to challenge whatever replacement rule is adopted by the Trump administration. American Rivers is prepared to do whatever it takes to ensure that our rivers and clean water are protected.

We also are seeing efforts in Congress to undermine the Endangered Species Act, one of our most important environmental laws. Rep. Rob Bishop (R-UT), chairman of the House Natural Resources Committee, has declared his intention to “repeal and replace” the ESA. Sen. John Barrasso (R-WY), chairman of the Environment and Public Works Committee, has already begun hearings on changes to the ESA.

Before coming to American Rivers, I spent most of my career as a wildlife lawyer, working with the ESA and other laws to save wildlife such as salmon, sea turtles, wolves, and grizzly bears from extinction. Now, with the ESA once again under attack from politicians who care more about campaign contributions from polluters than wildlife, American Rivers must fight to defend this important environmental law.

Of course, one of the most revealing and disturbing actions by President Trump is his appointment of Scott Pruitt to be EPA Administrator. As Oklahoma’s Attorney General, Pruitt sued EPA 14 times to overturn the Clean Water Rule, stop the cleanup of Chesapeake Bay, and block other EPA actions to protect our water and air. Because of Pruitt’s record opposing protection of the environment, American Rivers strongly opposed his nomination.

Unfortunately, by a narrow margin the Senate confirmed Pruitt. Now that he is EPA Administrator, he clearly intends to preside over the dismantling of fundamental protections for our air and water and the ability of EPA to implement and enforce the Clean Water Act, the Safe Drinking Water Act, and other bedrock environmental laws.

The Trump administration just proposed its first federal budget with draconian cuts to EPA’s budget of 31 percent. The budget also contains severe cuts to environmental budgets at the Interior, Commerce, and Agriculture departments. If enacted by Congress, the Trump budget would cripple the ability of EPA and other federal agencies to protect our rivers, clean water, public lands, and the air we breathe.

Recently, William Ruckelshaus, who served as EPA Administrator in the Nixon administration and later in the Reagan administration, wrote an article in The New York Times in which he described how similar efforts to weaken EPA were attempted in the early years of the Reagan administration and were ultimately unsuccessful. As Ruckelshaus put it, “Voters may have supported Donald J. Trump believing his campaign rhetoric about the EPA. But they don’t want their kids choking on polluted air or drinking tainted water any more than Hillary Clinton voters, and as soon as the agency stops doing its job, they’re going to be up in arms.”

Mr. Ruckelshaus is right. While there are many reasons that President Trump won the election, making our rivers dirtier, depriving Americans of clean, safe drinking water, and ignoring public health and the well being of future generations were not among them.

Nevertheless, in his first 50 days in office, President Trump has clearly chosen a path that leads to environmental disaster for America. Now is the time for all of us who care about healthy rivers, clean water, and the world we will leave to our children to tell our Senators and Representatives in Congress that we will not stand for destroying our rivers, clean water, and our children’s future.

2 responses to “Where do we Stand after 50 Days of the Trump Administration?” 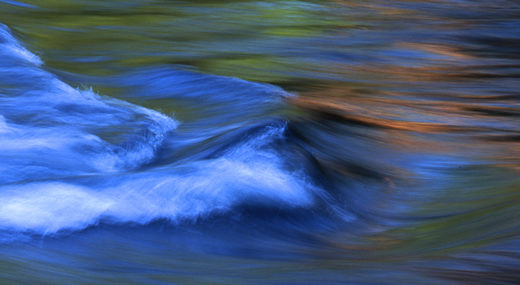 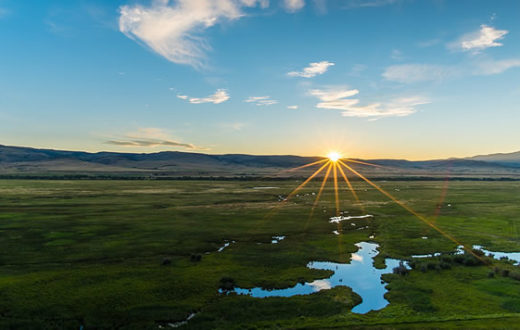 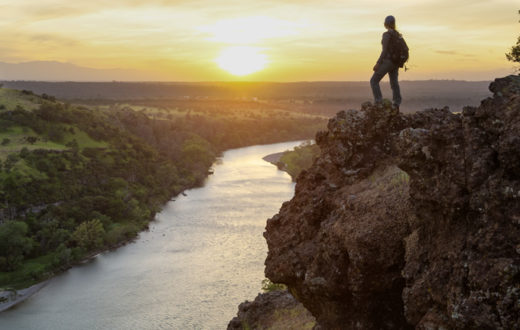