Flood, like fire, is important to ecosystem health but dangerous when our pride leads us to believe we can control it. Many people now know that Smokey the Bear was only partially right about forest fires. Humans should avoid carelessly starting fires, but periodic fires are natural, inevitable, and often beneficial. Over a century of fire suppression in the western United States has led to unchecked vegetation growth that has fueled catastrophic and harmful fires. Frequent, low intensity fires, on the other hand, reduce understory brush fuels and nourish forest soils.

Floods and flood control are very similar. Human efforts to “control” floods have mostly eliminated small to moderate flood events while potentially worsen the damage from the largest floods. Seasonally inundated floodplains provide essential habitat for fish and wildlife, but levees and dams in California’s Central Valley have all but eliminated these beneficial small to moderate floods, driving several species to the brink of extinction. While levees and dams have succeeded in eliminating beneficial flood events, they are vulnerable to catastrophic failure during the largest of floods.

Levees, dams, and national flood polices have lured people into harm’s way. By controlling and eliminating the smaller floods that once spread out across floodplains in wetlands during annual to decadal floods, they have created the false impression that floodplains are suitable places to build new subdivisions, schools, and other public infrastructure. When large floods inevitably overwhelm the capacity of the flood system, levees break and catastrophically flood communities. We all witnessed this when Hurricane Katrina devastated New Orleans. Catastrophic levee breaches similarly devastated some Central Valley communities in 1955, 1986, and 1997.

California’s Central Valley flood “control” will be put to the test over the next few weeks as reservoirs fill and rains continue to fall on saturated soils. We are already beginning to see some alarming signs that the system may not hold up. On Tuesday, the California Department of Water Resources reported that the spillway at Oroville Dam, the tallest earthen dam in the US at 770 feet high, was failing. Authorities and experts claim there is no risk of dam failure, and I hope they are right. An emergency spillway immediately to the north of the existing spillway should be able to accommodate the overflow, but it has never been used in the half century since the dam was built and entails sending a large volume of water down an unarmored hill side.

The problem with the Oroville Dam spillway is probably just the first sign that the Central Valley flood system will require hundreds of millions of dollars in repairs after the 2017 runoff season is complete. Even if the rains let up soon, months of high runoff will create major wear and tear on the state’s levee system. After the high water years of 2005 and 2006, the state and federal government spent hundreds of millions of dollars repairing levees, often times by dumping rock along river banks and in wetlands. These “repairs” however, were little more than expensive and environmentally harmful band aids. We need to do better to protect people, property, and the environment.

As an added layer, climate change will bring larger floods in the future, particularly to the San Joaquin Valley. We need a more resilient flood management system that can accommodate large floods and rebound naturally without large amounts of human investment or environmental disruption. Levees and dams are the opposite of resilient – they work until they fail. And when they do fail the consequences can be catastrophic – leading us to do harmful and expensive “repairs” to our rivers, further perpetuating the cycle of vulnerability and destruction.

Giving our rivers more room to safely accommodate large floods is the best way to protect our communities from flooding. Giving rivers more room also provides multiple other benefits including clean water, groundwater recharge, open space for recreation, and wetlands that cleanse water for fish, wildlife, and people. The draft 2017 Update to the Central Valley Flood Protection Plan emphasizes the importance of multi-benefit flood management projects and prioritizes floodway expansions near urban areas on the lower Sacramento and San Joaquin Rivers. American Rivers and our partners are now designing several of these multi-benefit projects to give Central Valley rivers more room. 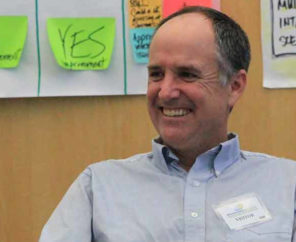