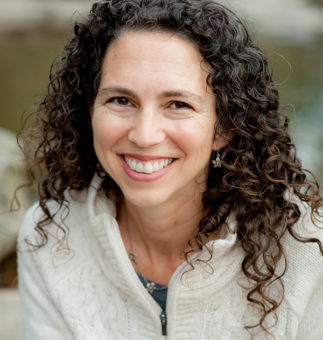 This is a guest blog by Nathaniel Smith, Founder and Chief Equity Officer (CEqO) at Partnership for Southern Equity.

Cities are hot these days. Urban revitalization is making its mark all over the U.S., with wealth flooding into many urban areas and city governments racing to create and update infrastructure — grocery stores, apartment buildings, banks, sewers, highways, and schools — to accommodate the swarms moving in-town.

Green stormwater infrastructure (GSI) is also growing in popularity. More cities are choosing to replace antiquated stormwater systems with natural infrastructure that promotes rainwater absorption into the ground rather than structures that cause it to run off parking lots, roads and roofs, and into rivers, carrying pollutants with it.

But there is one thing very few cities have figured out: how does a city ensure that everyone benefits — including those who reside in diverse, low-wealth communities — as city neighborhoods become more attractive? How, for instance, does a city make room for new people without disenfranchising and displacing the people who are there today? Not only that, how do the current residents get a place at the table where decisions are being made about the growth that is happening in their communities?

A Selling Point to Some, a Threat to Others

Partnership for Southern Equity (PSE) is a nonprofit based in Atlanta trying to answer these questions and others, working with partners from different sectors and communities to advance the idea that equitable growth is the superior model for growth in Atlanta, it’s Metro region, and the South.

Atlanta has a long history of inequitable growth and the past decade’s demand for in-town living has highlighted the way low-wealth communities are left behind during times of urban growth and redevelopment. The City has pledged to spend $40 million on GSI in southeast Atlanta in an effort to reduce demand on an overtaxed combined stormwater and sanitary sewer that has flooded homes in these neighborhoods for years.

And while these improvements will make the communities more beautiful, livable and resilient, history tells us that the improvement of low-income neighborhoods can also raise property values and, as a result, displace long-time residents.

Partnership for Change, Equity for All

PSE has partnered with Climate Interactive, American Rivers, and a diverse group of stakeholders to think about what happens to a GSI strategy when you put the concepts of justice, fairness, and inclusion at the center of it. Beyond equitable distribution of infrastructure, the group is focused on how redevelopment — in the form of GSI — can be done in such a way that both existing and new residents can thrive. A few practical lessons from this effort can be found here. The partners include representatives from the city government as well as local, regional, and national interests, including The City of Atlanta Department of Watershed Management and the Office of Sustainability, Invest Atlanta, Atlanta Regional Commission, Southface Energy Institute, Georgia Tech, Georgia State University, The Conservation Fund, Eco-Action, West Atlanta Watershed Alliance, Chattahoochee Riverkeeper, and Southeast Energy Efficiency Alliance.

With Partnership for Southern Equity and Climate Interactive convening the partners, these organizations have been working to establish shared values (see below) around this question, looking at how other U.S. cities are creating jobs and economic inclusion projects around GSI and determining next steps for advancing GSI and equitable development in the City of Atlanta and beyond. Another goal of the group is to look at how structural inequity and racism have played a role in disenfranchising communities, and how we can create strategies around GSI that focus on minimizing displacement and creating jobs in low-wealth communities and communities of color.

We are currently working to turn our collectively-established principles into community support tools like equitable performance measures, neighborhood forums, and leadership development work. This work will occur with groups and with activists in the neighborhoods themselves to help bolster the movement and steer the conversation in a direction that centers on shared prosperity. These tools will be used to help those living in the most sensitive neighborhoods to develop the skills they need to become active leaders in the change that’s happening in their communities.

Improving the hydrology in rivers and beautifying neighborhoods is an important thing to strive for when redeveloping Atlanta, but we also have to create opportunities for everyday people to be actively involved in this conversation as we create together the equitable Atlanta of the future. 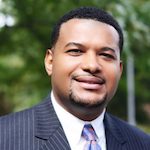 Nathaniel Smith is working to achieve equity in transportation, energy and growth in the American South. A native of Atlanta, Georgia, Nathaniel began his career in Equitable Development as a child of civil rights movement activists. Mr. Smith holds a Bachelor of Arts Degree in Urban Studies from Morehouse College.  Nathaniel received his Masters of Science degree from the Robert J. Milano School for Management and Urban Policy at the New School for Social Research.

Partnership for Southern Equity pushes for policies and actions that promote equity and shared prosperity in metropolitan Atlanta and beyond. Through forums, research, and organizing efforts, PSE brings together the regional community to lift up and encourage just, sustainable, and civic practices for balanced growth and opportunity.

2 responses to “How Can Atlanta Grow Greener For All?”

New Challenges in Green Stormwater Infrastructure – How to Avoid Gentrification?

How does a city redevelop in a way that's sustainable and green without causing... 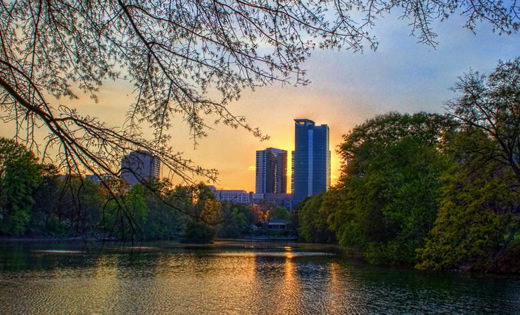 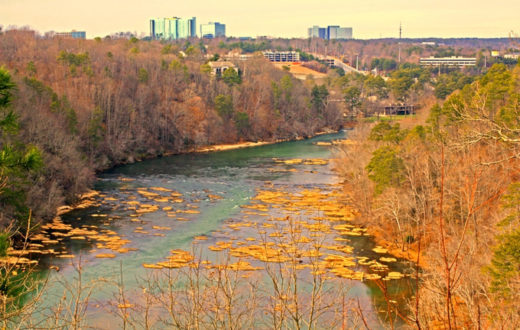