Strap on your PFD, there’s rough water ahead.

No matter who you supported in the recent election, the result requires facing some hard truths. Based on positions taken during the campaign, it’s clear that a Hillary Clinton victory would have meant a largely seamless continuation of President Obama’s environmental policies; energetically taking on climate change, redoubled efforts to protect clean water and clean air, and careful stewardship of natural resources and public lands. The election of Donald Trump will move things in a radically different direction.

While President-elect Trump has said he wants to uphold the conservation legacy of Theodore Roosevelt, he has also stated on more than one occasion that climate change is a “hoax.” He has promised to pull the plug on the Obama administration’s Clean Power Plan and the Clean Water Rule that restored federal protection of small streams and wetlands across the country. And he plans to dramatically increase oil and gas, mining, and timber exploitation of federal lands.

So far, his choices to head federal environmental and natural resource agencies show a determination to move this agenda forward, and then some. His choice to head the U.S. Environmental Protection Agency, Oklahoma Attorney General Scott Pruitt, is a climate change denier who has made his living suing to prevent the EPA from making strong moves to protect air and water. President-elect Trump’s pick for Interior Secretary, Congressman Ryan Zinke of Montana, has a mixed conservation record, but has opposed the Clean Water Rule and supports increased energy development on federal lands. Meanwhile, a new Congress also will arrive in January, emboldened by the Trump administration to attempt rollbacks of our most important and effective environmental laws.

This isn’t the first administration or the first Congress hostile to environmental protection. I cut my teeth as a conservationist during the first Bush Administration, successfully defending the Clean Water Act and the Endangered Species Act from legislative attack. Those two keystone environmental laws remain the basis for much of the work we do to protect rivers and clean water.

Just this year, American Rivers thwarted an effort by the hydropower industry to roll back protection for rivers from the damaging effects of dam construction and operation. We face a monumental challenge from a Congress dominated by opponents of environmental protection and backed by a seemingly anti-environmental administration. But we know how to play defense and, staffed with some of the best environmental advocates, we’re good at it.

Redouble our efforts in the field

We are also really good at getting things done in the field, and we will build on that success as Washington becomes a potentially more difficult place to get results. American Rivers’ River Restoration Program is the nation’s undisputed leader in dam removal, spearheading the removal of over 200 dams and providing guidance and technical support to hundreds of others.

Our Clean Water Supply team is promoting better management of water resources in river basins and metropolitan areas from Tucson to Atlanta, bringing together stakeholders across the political spectrum. Our field work to conserve rivers and wetlands has resulted in restored wetlands in California, pristine rivers protected from oil and gas drilling in Montana, and new recreation and tourism opportunities in South Carolina.

With greater challenges ahead at the federal level, we’ll continue to build on our work with state and local governments, where we’ve had great success influencing law and policy at the grassroots.

Speak out for rivers and clean water

American Rivers is the leading voice for rivers and clean water in the United States and that role is more important than ever. We will use every opportunity to educate policy-makers, opinion leaders, and the public about the importance of rivers and clean water. In traditional and social media, at conferences and meetings across the country, we will be a clear voice for greater conservation efforts and aggressively call out attempts to roll back protection for rivers and streams. We will defend the roles of sound science and public participation in environmental policy-making, working to ensure that our nation’s lands and waters are managed sustainably and equitably for all Americans.

Despite the changes in the White House and Congress, there will be opportunities in the coming years to promote proactive river conservation at the federal level. Rivers and clean water should be bipartisan issues, and in fact some major river conservation success stories have unfolded in what seemed at the time to be unlikely political circumstances. The highly successful effort to restore New England’s Penobscot River began with an investment of federal funds by the George W. Bush administration; a Republican Congress in 2006 passed into law the program that provided funding for many of American Rivers’ dam removal projects over the last 10 years; and legislation that protects the headwaters of the Snake River as Wild and Scenic is named after the late conservative Republican Senator Craig Thomas of Wyoming.

It’s not immediately clear when those opportunities will arise, so we will need to be ready. That’s where American Rivers’ River Conservation Agenda for the New Administration comes in, six policy proposals that should have bipartisan appeal as they address pressing water supply and quality issues, support economic growth, promote efficiency and cost savings in government natural resource management programs, and protect and restore rivers and streams across the country:

Together, We Can Do This

As we move into a new year and a new political era, we need to be clear-eyed about the challenges we face, but we can’t let those challenges discourage us or deter us from our course. In fact, there is still a lot we can accomplish for river conservation.

As any good river guide will tell you, when the water is at its roughest is not the time to hunker down. Rather, it’s time to put on your helmet, find your point-positive, and paddle like hell.

4 responses to “New Year, New Challenges. What’s on Tap for Rivers in the New Year?” 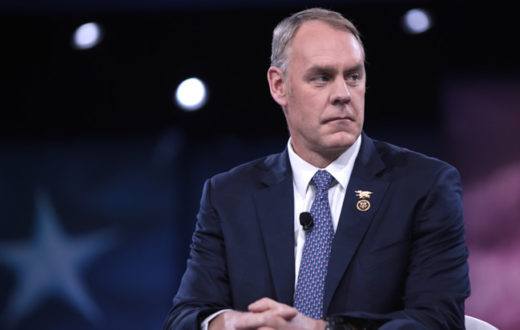 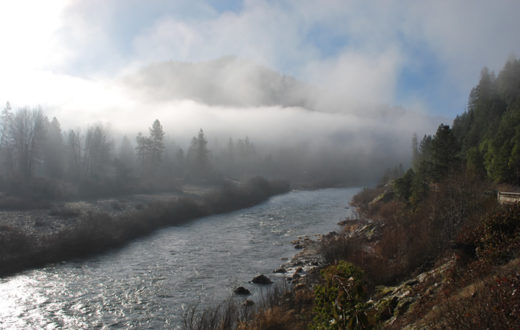