In 2015, I was invited to join our Northern Rockies director and a group of other local river advocates on a rafting trip down the Smith River. The purpose of the trip was to show this amazing place to a reporter who was writing an article for the New York Times about the threat that a proposed copper mine posed to this beloved river.

I had never even heard of the Smith River.

As a fly angler, I had fished the Blackfoot and the Clark Fork, and I had of course heard about other iconic Montana streams, such as the Madison, the Gallatin, and the Bitterroot. But the Smith? No idea.

The Smith originates in the Castle Mountains near the town of White Sulphur Springs about an hour and a half northeast of Bozeman. Driving to the put-in, you gaze out across a basin and range landscape, eventually finding a river surrounded by khaki-colored rolling hills. Looking across the plains is indicative of the famous big skies that those of us from outside Montana talk about, but don’t truly understand until faced by towering cumulonimbus lumbering across the expansive blue horizon.

But it really wasn’t until we pushed off from the Camp Baker put-in that I began to grasp the allure of the Smith River. As the limestone cliffs rose skyward, and the river plunged into a deeper and deeper gorge, it occurred to me, “this place is really special.”

For the next 5 days we floated, we fished, we reflected on each day by a crackling campfire expressing its warmth. We got caught in a horrendous thunderstorm. We saw spectacular, watercolor sunsets. Archeological sites and dramatic overlooks were always right around the bend, and the water…wow it was clean and clear, just as every remote river should be. To get a sense of just how terrific this place is, just take a look at our new short film about the Smith.

But back to the point of the trip – a foreign mining company has proposed to build an underground copper mine on the banks of one of the Smith’s primary headwaters tributaries, Sheep Creek. Tintina Resources has stated publicly that the mine will impact the purity of the water in the Smith – there is just no way around it. This should startle anyone who knows anything about the damaging and expensive mining legacy in Montana. It’s taken decades and over a billion dollars to clean up the toxic heavy metals in the Clark Fork River between Butte and Missoula, and the job is far from complete. The Big Blackfoot River of A River Runs Through It fame and Belt Creek are just a few of the other Montana rivers that have been heavily impacted by mining in the past. Do we really want to subject the Smith – arguably Montana’s most cherished river – to this kind of degradation?” Do we need to risk sacrificing this amazing place so an Australian-controlled company can mine for copper for 11-14 years and then potentially skip town?

One response to “Montana’s Smith River Stirs the Soul”

Our Obligation to the Smith

Guido protects rivers for a living, but when a proposed mine threatens the river... 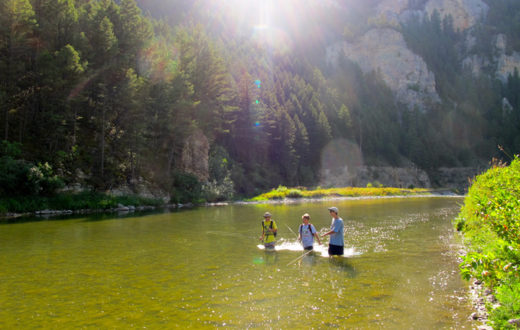 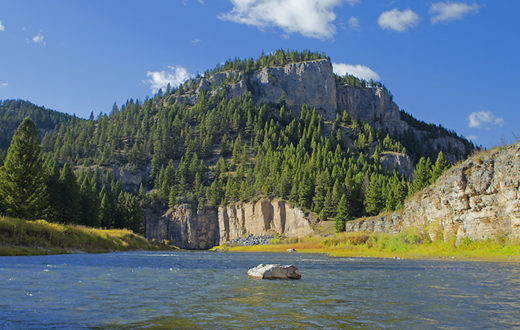