Guest post by Erin Savage is a part of our America’s Most Endangered Rivers® series spotlighting the Russell Fork River.

The history of the Doe Branch Mine in Southwest Virginia is long and complicated, and its future remains unclear.

The mine is owned by Paramont Coal Company, once a subsidiary of Alpha Natural Resources. Until recently, Alpha was one of the largest mining companies in the country, but is now emerging from bankruptcy. The Doe Branch Mine started with plans for a 245-acre surface coal mine in 2005, but it now has the potential to grow to 1,100 acres. If the current plan moves forward, the mine would include five valley fills and 14 wastewater discharges that would drain into tributaries of the Russell Fork River — a renowned resource in the region for river recreation and the star attraction of the Breaks Interstate Park.

While there is a long history of coal mining in the Russell Fork watershed, water quality in the river has improved over the last several decades due to better regulations and the watchful eye of local residents. At a time when coal mining is declining in Appalachia, the Doe Branch mine is among the largest mines still being pursued in Southwest Virginia, and it would undoubtedly lead to significant water quality impacts.

The mine is also part of a large, controversial highway construction project known as the Coalfields Expressway. Some believe the Expressway will bring much needed economic development opportunities to the region, but others believe it unnecessarily enables additional surface mining and does not adequately consider what is best for nearby communities. Though a portion of the Doe Branch mine has been approved by state and federal agencies, the expansion does not have final approval. Little work has been started on any portion of the mine over the last decade, beyond some tree clearing.

In 2012, the U.S. Environmental Protection Agency (EPA) issued an objection to the company’s application to increase the size of the mine. Specifically, the EPA objected to the application for additional wastewater permits under the Clean Water Act. The wastewater would be discharged into several tributaries of the Russell Fork that are already impaired by mining-related pollutants, according to Virginia’s list of impaired waterways. In order to secure discharge permits, the company must show that it will not increase the overall impairment of the watershed.

Since hitting its peak in 2008, coal production in Central Appalachia has declined precipitously. Alpha’s dominance in the Central Appalachian coal market has not shielded it from the economic downturn. The company declared bankruptcy in August 2015, creating a lull in the Doe Branch permit application process.

Before emerging from bankruptcy, Alpha stated that the Doe Branch mine is not part of its 10 year plan. Now that Contura owns Doe Branch, the mine may be more likely to move forward. Just last month, a new Clean Water Act permit draft was issued by the Virginia Department of Mines, Minerals and Energy. This new draft may be an attempt to address the objections raised by the EPA. Given the importance of the Russell Fork, the damage already done to its tributaries by mining, and the need for a serious economic shift in the region, the EPA should uphold its objection to this mine. Urge them to do so now. 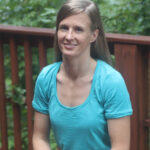 Erin Savage is the Central Appalachian Campaign Coordinator for Appalachian Voices. Appalachian Voices is an environmental non-profit committed to protecting the land, air and water of the central and southern Appalachian region, focusing on reducing coal’s impact on the region and advancing their vision for a cleaner energy future.

The river’s clean water, whitewater rapids and unique beauty are threatened by a mountaintop... 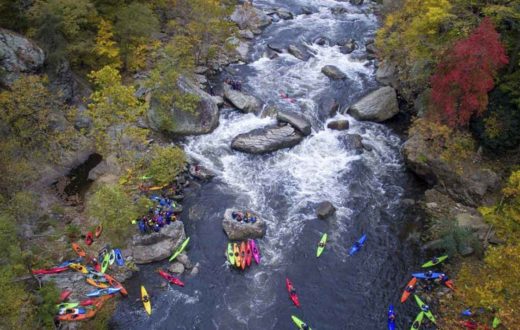