Guest post by Lee Willbanks is a part of our America’s Most Endangered Rivers® series spotlighting the St. Lawrence River.

Environmental considerations were not part of the planning process when the Moses-Saunders Hydropower Dam and shipping channel were built along the St. Lawrence River in the 1950s. As a result, outdated dam operations have caused significant losses to the Upper St. Lawrence River’s globally-significant biodiversity and habitat.

Impacts include a loss of wetland habitat and a decline in many fish species and nesting water birds. Black Tern, a state-listed endangered bird species that depends on a diverse marsh habitat, has declined by over 80 percent. Northern Pike, the top fish predator in coastal marshes, has declined by 70 percent. These species are indicators of ecosystem health, and show how far-reaching the dam’s impacts have been to the entire river environment.

Fortunately, a proposed regulation plan under consideration by the U.S. and Canadian governments, Plan 2014 [pdf], is designed to adjust the Moses-Saunders Hydropower Dam’s operations so as to work with nature.

It is time Secretary John Kerry and Foreign Affairs Minister Stéphane Dion listen to the over 22,500 expressions of citizen support as well as the 42 environmental, conservation and sportsmen organizations and local and regional businesses advocating for Plan 2014.

In April, American Rivers named the St. Lawrence River one of America’s Most Endangered Rivers®, shining a national spotlight on the threat outdated dam operations pose to imperiled fish, wildlife and local communities.

Both Save The River and American Rivers are focusing their collective attention on the only bi-national river to make the 2016 list. With your support, we can remove the St. Lawrence River from American Rivers’ annual list of America’s Most Endangered Rivers®.

Lee Willbanks is the Upper St. Lawrence Riverkeeper and Executive Director of Save The River.

Save The River was formed in 1978 to protect and preserve the ecological integrity of the Upper St. Lawrence River through advocacy, education, and research.

4 responses to “Saving the St. Lawrence”

Resources for professionals to help to frame our approach to integrated water management (IWM),... 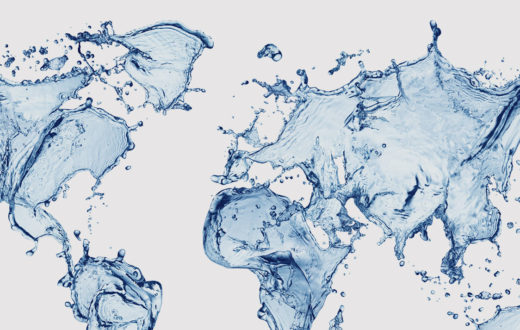