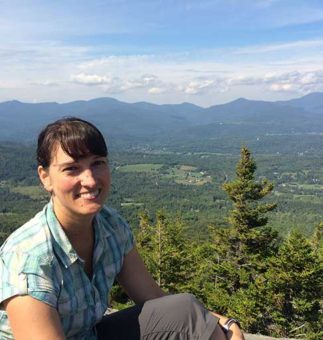 Migratory fish and freshwater mussels have more in common than you might think. Each have unique life cycles and depend on clean, free flowing water to thrive.

Freshwater mussels need fish, sometimes migratory fish, to complete their life cycle. Why? Well, adult mussels combine egg and sperm to create small freshwater mussel larvae (called glochidia). These larvae look like Pac Man and must attach to the gills of a fish for a period of time in order to transform into an adult freshwater mussel. Some species create a lure made of these larvae that mimic fish, crayfish, or other fish food to ensure the larvae make it on the gills of their host. Pretty weird, huh? The fish are not hurt in this process and the mussel gets to hitch a ride to a new place in the stream. You can see many more examples of freshwater mussel lures at the Unio Gallery.

Historically, our great rivers were paved with mussels. I’m talking billions of mussels filtering the water and hitching rides on fish. People used these great populations of mussels to make buttons and exported them for pearl culturing, too. Yep, freshwater pearls come from freshwater mussels!

These great populations are unfortunately a thing of the past. Freshwater mussels are one of the most imperiled groups of organisms threatened by habitat loss and fragmentation from dams, and pollution from sedimentation, chemicals, and fertilizers. In fact, 76% of all freshwater mussels are imperiled and 10% are already extinct.