In December, we were disappointed to read some ugly comments from Illinois Senator Mark Kirk about his “evil plan” (his words) to turn the Mississippi River into “one huge ag drag strip” (again, his words) by allowing the private sector to “widen and lengthen all the locks and dams.”

Senator Kirk’s appears to be talking about an effort to use a new infrastructure financing plan called the Public Private Partnership Pilot Program to implement the lock expansion components of the Navigation and Ecosystem Sustainability Program (NESP). The Pilot Program is the brain child of the Illinois Congressional delegation, namely Congresswoman Cheri Bustos and Senators Mark Kirk and Dick Durbin. It is intended to diminish federal subsidies for navigation infrastructure. Since navigation is the most heavily subsidized mode of transportation (about 90 percent of barge infrastructure spending is paid for out of the General Treasury), we hoped an increase of private investment would be a good thing.

Unfortunately, when it’s used to pay for programs like NESP, the privatization of America’s rivers starts to look a bit scary.

See, NESP isn’t supposed to “widen and lengthen all the locks and dams on the Mississippi River.” The program is a dual-purpose authorization to invest in ecosystem restoration and navigation efficiency.

The ecosystem restoration component invests in aquatic habitat rehabilitation like restoring floodplain access and rebuilding islands. The navigation efficiency component invests in small-scale and non-structural alternatives that will reduce congestions at some locks and dams on the Mississippi and Illinois Rivers. If those measures aren’t successful, then the Corps will construct new, bigger locks at specific dams on the Upper Mississippi River System.

While my description sounds like a reasonable enough program, many proponents of the program want to jump right to building new locks, while ignoring the cheaper nonstructural navigation improvements and the environmental restoration. While NESP has been authorized by Congress, it has not been funded because it continually fails to pass a benefit-cost analysis smell test. The Nicollet Island Coalition detailed the problems with NESP here.

Unfortunately, the draft NESP Public-Private Partnership Pilot looks more like a mash up of NESP’s ugliest features. The proposal completely ignores the “Ecosystem” part of the Navigation and Ecosystem Sustainability Program, despite the fact that Congress requires the ecosystem and navigation projects to be funded, planned and constructed comparably and at the same time. Funding over the past year to develop NESP into a Pilot Project has focused exclusively on the navigation part of the program. Not a dime has gone to ecosystem restoration – it’s not even mentioned in the draft.

The draft NESP Pilot Program also ignores the program’s Congressionally approved implementation timeline that requires the Army Corps of Engineers to implement small-scale and non-structural navigation improvements first. These measures are cheaper and have a smaller environmental footprint. Following the completion of these projects, the Corps must then do an economic evaluation and reconsider the plan to build new locks.

Who is the private sponsor for NESP? The Illinois Soybean Association.

That’s right. Paddlers. Such a proposal adds insult to injury. Not only is the ability of generations of river recreationists to enjoy a free-flowing river impeded by the lock and dam system, now they may be asked to pay for that privilege.

Politicians usually try to sugar coat their evil plans, but the Public Private Partnership Pilot Program for NESP is being pretty open about advancing environmentally detrimental projects that aren’t in the public’s best interest – and make those of us who would prefer a free-flowing river pay for it. 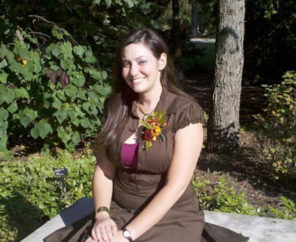 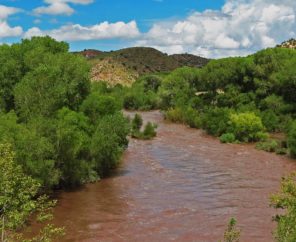 Show your support for protecting portions of the Gila and San Francisco rivers as Wild and Scenic.