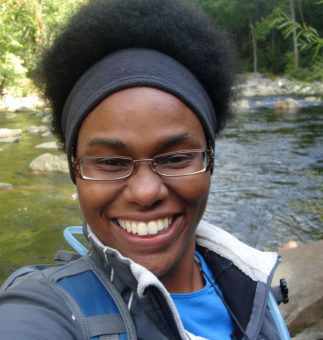 With the U.S. population becoming ever more diverse, environmental groups are faced with the challenge of engaging people of color whose understandings of the natural environment often diverge from those of traditional environmentalists.

Throughout my experience working with environmental groups and researching perceptions of the environment among communities of color, I’ve learned that diverse communities and traditional environmentalists often support similar initiatives, but for different reasons. Therefore, one way to work with diverse groups is to understand and engage their unique environmental values and needs while working toward a common goal.

This path to engagement, called Targeted Universalism, was developed by Dr. John Powell, a Professor of Law, African American Studies and Ethnic Studies and Director of the Haas Institute for a Fair and Inclusive Society at the University of California Berkeley Law School. Over the years, he has used Targeted Universalism to help organizations across the U.S. foster meaningful and equitable relationships with diverse communities.

In June, he shared his insights with American Rivers and other grantees of the Z. Smith Reynolds Foundation at its Racial Equity Lab in Raleigh, NC. At the workshop, Powell explained that programs targeting specific racial groups often stir resentment among white people who perceive some people of color as “rule-breakers” and undeserving of special attention. On the other hand, universal programs that apply the same interventions to all groups tend to disproportionately benefit white people.

Targeted Universalism is kind of a hybrid of these two approaches. Powell described it as a method where universal goals are met through targeted strategies based on how people are situated in their environment. He suggested that we think about how our programs can benefit all groups while placing special emphasis on marginalized populations. Applying Targeted Universalism involves answering three questions:

American Rivers staff members have begun brainstorming about how the organization might use Targeted Universalism to engage diverse communities.

In July, we used Targeted Universalism to understand how we can work with underserved groups in Raleigh-Durham, Asheville, Greenville-Spartanburg and Charleston priority communities. During our meetings with community leaders, we established universal goals and sought to understand how populations in their communities were positioned differently.

Race, income, age, immigration status and cultural values appear to be some of the major factors influencing how people are situated in their social and physical environments. These traits also seem to affect their access to rivers, clean water and green infrastructure. With this knowledge, we will begin working with community leaders to understand what resources we can use or develop to connect residents to their local rivers.

We still have much work ahead as we seek to become more diverse in our representation and outreach, but we’re off to a great start! We look forward to broadening our approach to conservation in this river basin by working with communities of color.