Three weeks after the Poplar Pipeline spewed 40,000 gallons of oil into the Yellowstone River in eastern Montana, cleanup efforts have been called off due to dangerous ice conditions. The spill, which occurred on January 17, contaminated the city of Glendive’s drinking water supply and sickened local residents. It was the second major oil pipeline spill in the Yellowstone River in four years. In July 2011, Exxon’s Silvertip Pipeline dumped 63,000 gallons of oil into the river near Laurel, Montana.

During the abbreviated cleanup, a total of 1,200 gallons of oil was allegedly recovered from the river. At the peak of the cleanup effort, a spokesman for the company that operates the Poplar Pipeline said that oil was being recovered at the rate of one teaspoon every ten minutes. At that pace, it would have taken 1,753 years to remove all the oil from the river.

The Poplar Pipeline, like hundreds of pipelines that cross underneath the nation’s rivers, was constructed in the 1950s and buried just eight feet under the bed of the Yellowstone River when it was last inspected in 2012. Federal regulations require that pipelines be buried only four feet underneath rivers despite evidence that large rivers like the Yellowstone can scour 40 feet deep during floods and ice jams.

Nearly a week has passed since an oil pipeline ruptured underneath the bed of the Yellowstone River in eastern Montana, contaminating drinking water supplies for the 6,000 residents of Glendive, sickening several people, and taking an unknown toll on fish and wildlife.

Here’s what we know about the spill so far:

Oil recovery efforts have been hampered due to the fact that the Yellowstone River in the vicinity of the spill is locked under two feet of ice. Meanwhile, an oily sheen has been spotted as far down river as Williston, North Dakota.

Testing earlier this week found that Glendive’s drinking water supply had three times the amount of benzene, a known carcinogen, than the Environmental Protection Agency (EPA) deems safe for human consumption. Following the installation of a new filter at the city’s water treatment plant, benzene levels have dropped to acceptable levels. The city is expected to lift its bottled water order this weekend.

Of Bridger Pipeline LLC’s 384 miles of pipelines, 186 miles of pipeline, or 35%, were constructed with 1950s-era pipe using faulty welds. It is unknown at this point whether the section of pipeline that ruptured under the Yellowstone River was of this variety.

The last time this pipeline was inspected was in 2012. At the time, the pipeline was buried as shallow as eight feet under the bed of the Yellowstone River, which is well within the river’s scour depth.

Meanwhile, as this oil spill tragedy continues to unfold, the U.S. Senate is debating a bill to approve the controversial Keystone XL pipeline, which would cross the Yellowstone River approximately 20 miles upstream of the spill site. On the other side of the capitol, the U.S. House passed legislation on Wednesday that would expedite the approval of new natural gas pipelines, giving government regulators less time to evaluate their potential environmental impacts.

Take Action to Stop Future Oil Spills into Our Rivers

Since 1986, pipeline oil spills have caused more than 55 deaths, 2,500 injuries, and more than $7.7 billion in damages. Tell the Obama Administration to protect our rivers by strengthening the environmental standards for these pipelines. 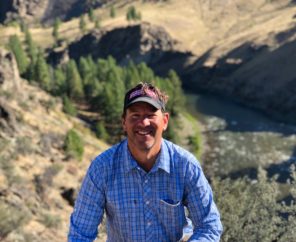